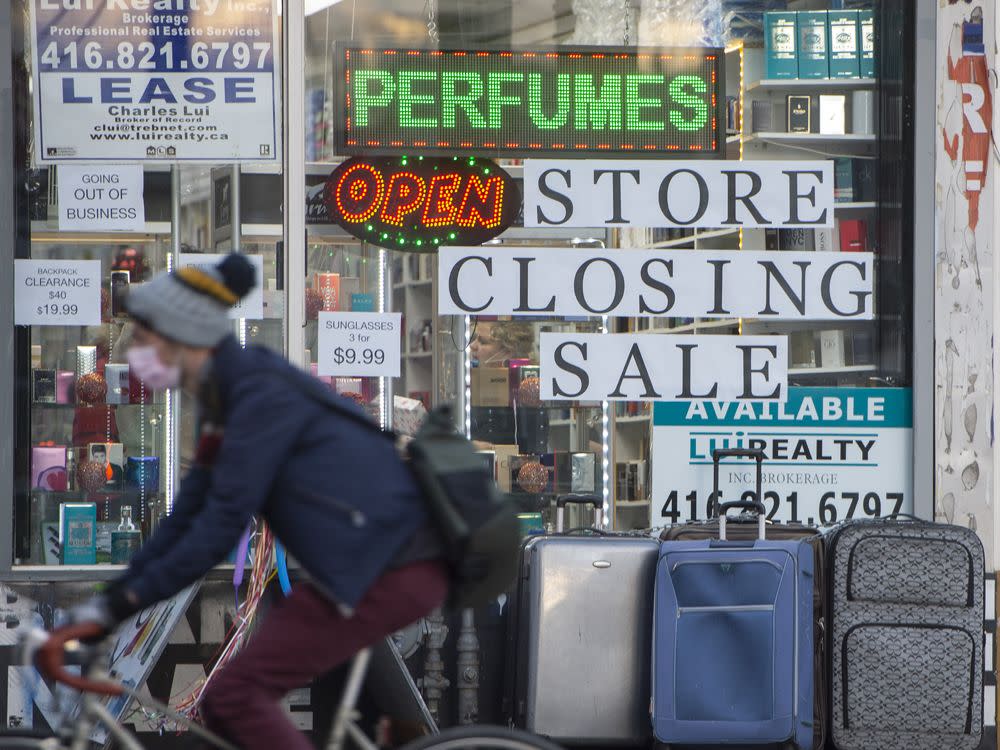 Canadian consumers aren’t the only ones feeling the pinch of the Bank of Canada’s latest rate hike; small businesses are hurting too, says a new report.

Seventy per cent of small business owners expect Wednesday’s rate hike to have a negative impact on their operations, according to the report by the Canadian Federation of Independent Businesses (CFIB).

On Wednesday, the central bank raised the policy interest rate by 75 basis points to 3.25 per cent — the highest since the global financial crisis — and signaled that more rate hikes would follow.

“While keeping inflation at reasonable levels is definitely an important policy goal, the rate increase comes at a time when 62 per cent of small businesses are still saddled with pandemic debt, for an average of $158,000,” Simon Gaudreault, chief economist and vice-president president of research at CFIB, said in a press release. “Doing business in Canada is becoming too costly. Rising costs, compounded with interest rate hikes and difficulties finding staff, are putting business owners in a tough spot.”

The fifth rate hike this year, coupled with inflation and labor shortages, has forced many businesses to pass the costs onto consumers.

CFIB’s August business barometer found that 32 per cent of businesses are planning to raise their prices by at least six per cent in the next 12 months.

“Raw material shortages, skyrocketing parts, components, materials, labour, insurance, fuel/heating, and electricity costs — everything costs more,” a manufacturing business owner in Ontario said in the report. “For suppliers/manufacturers like us, it feels like the end. Consumers are looking for cheaper alternatives and big businesses are outsourcing production to keep costs low.”

The CFIB member survey also found that most (81 per cent) of small business owners believe the cost pressures they face are not understood by the federal government.

“This should sound the alarm for governments to take swift action and provide more cost relief,” CFIB president Dan Kelly said in the press release. “As small firms are struggling to keep up with staggering increases on almost every line of their budget, governments must avoid imposing additional costs that would put the livelihood of small businesses at risk.”

The CFIB’s other recommendations for Ottawa were to increase the forgivable portion of the Canada Emergency Business Account (CEBA) loan, extend the repayment deadline to quality for partial loan forgiveness and increase the small business deduction.

EQUINOX SUSPENS ITS BIGGEST MINE Shares of Vancouver-based Equinox Gold Corp. on Thursday morning reached their lowest price in more than a year after the company temporarily suspended its mining activities at its Los Filos mine in Mexico, pictured above, due to a blockade by members of the nearby Mezcala community. The blockade stopped the delivery of certain supplies that are required to maintain the mine’s operations, the company said in a press release, calling it “illegal” without providing any further details. Read the full story by the Financial Post’s Naimul Karim. Photo by Pedro Pardo/AFP/Getty Images

The European Central Bank (ECB) raised interest rates by an unprecedented 75 basis points on Thursday to tame runaway inflation, even as a recession is now increasing likely as the bloc has lost access to vital Russian natural gas. The ECB lifted its deposit rate to 0.75 per cent from zero and raised the main refinancing rate to 1.25 per cent, the highest level since 2011, as inflation is becoming increasing broad and is at risk of getting entrenched. Read the full story by Bloomberg.

About 71 per cent of gene Zers and 72 per cent of millennials are elements about how to get trustworthy financial advice. Finding the right financial advisor isn’t an easy job. You need to do your research to find one who identifies with your financial goals and ideals. Our content partner MoneyWise Canada has tips on how to find a financial adviser who won’t lead you astray.

Today’s Posthaste was written by Noella Ovid, with additional reporting from The Canadian Press, Thomson Reuters and Bloomberg.

Have a story idea, pitch, embargoed report, or a suggestion for this newsletter? Email us at [email protected], or hit reply to send us a note.

Listen to Down to Business for in-depth discussions and insights into the latest in Canadian business, available wherever you get your podcasts. Check out the latest episodes below: